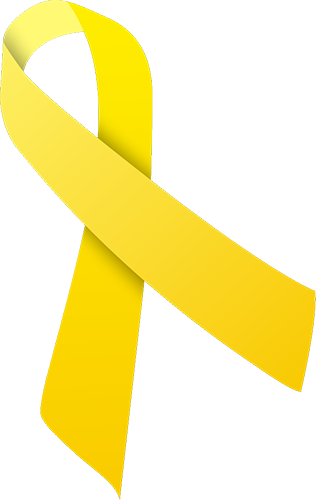 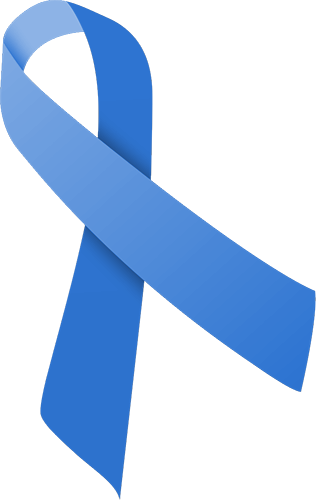 I struggle from depression and anxiety and I have panic attacks a lot. It’s hard but it’s something you learn to live with. The reason my depression and anxiety got so bad is because when I was younger I became the victim of bullying. I became the victim of bullying at a dance studio. I had started at the dance studio in a really dark time in my life. I had lost both my grandparents and my sister was diagnosed with stage 4 metastatic melanoma and was given 4 months to live. I was going through a tremendous amount of loss, and it was hard. I had lost my faith for a while. I stopped going to church and Sunday school. I didn’t really know what I was thinking but it was hard the girl that everyone was always talking about or talking to.

I struggle from depression and anxiety and I have panic attacks a lot. It’s hard but it’s something you learn to live with. The reason my depression and anxiety got so bad is because when I was younger I became the victim of bullying. I became the victim of bullying at a dance studio. I had started at the dance studio in a really dark time in my life. I had lost both my grandparents and my sister was diagnosed with stage 4 metastatic melanoma and was given 4 months to live. I was going through a tremendous amount of loss, and it was hard. I had lost my faith for a while. I stopped going to church and Sunday school. I didn’t really know what I was thinking but it was hard the girl that everyone was always talking about or talking to.

After everything started happening so chaotically, I joined this new dance studio and they brought me in with this idea of a family. At the time with everything going on with my family, I really needed a family. Well, that family turned pretty bad. Fast. The girls hated me. They were terrible to me for a while and no matter how they treated me, I was always nice to them and I genuinely wanted to be their friend. I wanted to be everyone’s friend. That was just how I was and it’s how I still am.

After that, I had ended up moving up to a higher group in the company. It was okay at first, and then those kids started hating me, my teacher’s girlfriend hated me, which resulting in him hating me. Out of how badly everyone treated me, my teacher was the worst one. He was the one I was supposed to look to for guidance and help and I didn’t have it.

When I was 14, I had a traumatic brain injury resulting from an event at this dance studio. The studio isn’t a proper studio, it’s an old warehouse with bubbled up vinyl, there’s no AC, no heat, no air flow. It’s not a proper dance studio. It was during a heat wave, in summer 2015, it was a practice the week before nationals. It was one of the groups inside my studio so it was run by a different teacher, but this teacher happened to hate me too.

I was the center of the dance, and she kept making me do it over and over again. I kept telling her I was tired, it was hot, and I was overheated. We weren’t allowed to take any breaks. I was dehydrated but she kept making me do it. It got to the point where I was like “can we please just move on” and she said “no do it one more time”. I’m not disrespectful, I do what I’m told, and I did it one more time. I was doing a triple pirouette into a straddle, and instead of going into the straddle I slipped on sweat and I ended up falling on my head, unconscious.

I blacked out. I wasn’t aware of anything that was going on for about 10 minutes. I remember them calling my name and they asked me if I was okay. They didn’t call my mother, they didn’t call an ambulance, they didn’t render aid, they didn’t do anything. I basically had half of a water bottle that was in my backpack in the hallway.

This was an hour before practice was over. At the end of practice my friend basically carried me to the car and told my mom to take me to the hospital because I had hit my head pretty badly and I needed help. I was really sick, I was vomiting and having trouble seeing. So they took me to the ER. I had a bunch of testing, cat scans, MRI. They came back in with my results but when they came in with my results, I wasn’t sleeping but they thought I was sleeping, and she starts talking to my mom. She tells her that she’s lucky I’m alive. My mom was like what are you talking about? She said the force of how hard I hit my head and because I was so dehydrated, I had no cushioning on my brain so I smashed the front of my skull, the back of my skull, and the front of my skull again.

The next week was nationals and my siblings were competing. I decided that I wanted to go and support my team. I know that sounds crazy because of how everyone treated me, but no matter how they treated me I still felt like that was my team and it was my obligation. We ended up having to go two days. We drove down one night, stayed overnight and we drove the rest of the way in the morning. It was only a two hour trip, but I wasn’t allowed to be in the car for more than an hour.

My teacher had told my whole team that I was faking it and I was doing it to sabotage them at nationals. So no one would talk to me, they were giving me dirty looks, they were all talking about me, and making comments. But it was okay, I was fine. The last day of nationals, my teacher had incited them to attack me and they all came at me and surrounded me. My only saving grace was my friend had defended me and gotten in the way and they ended up practically choking him unconscious.

After that whole chaotic day is when I started the long road to recovery. At the time, it was an unbearable amount of loss because no matter how I was treated I felt like I just lost everybody that I knew as family. I found out that the family that I had was not who I thought they were. No matter how they treated me, I always tried to see the good in people and I always believed that deep down they were better than they were. So that hurt a lot finding the truth.

That September, I had gotten discharged from my therapy because I wasn’t making progress and I was wasting my time. My neurologist talked about sending my back to other therapists but she said I’m not allowed to dance. I’m pretty much not allowed to do anything. At the beginning they were worried about my eyesight because of how bad it was but I came through. After going through multiple rounds of therapy, my mom decided that dance was what was going to fix me.

My local studio I started with, on of the most amazing people you’ll ever meet, she really was my saving grace. Even though I wasn’t able to dance for a while after I joined the studio, she sat with me during every practice while I watched. She was always checking on me and once I was able to dance, she brought in any choreographer that I wanted to dance with and she did anything for me. She stayed with me late at the studio and she would just talk to me and she would help me get through the things that were going on in my life.

I had another teacher who was at that studio that went through similar things with me. He was also one of the best things that could have happened. After I started dancing again, I started dancing in Philly and at the time, none of them really knew anything about me. Some of them still don’t know my whole past but that’s okay. I had fought with my before and after every practice because dancing physically made me sick and I was miserable but no matter how much I fought with her I couldn’t be more grateful that she made me start dancing again because dance is what saved me. Without dance, I can’t honestly say if I would still be here.

It’s been hard coming back from this and I still deal with the effects of it today. I have a migraine every day of my life. I still have vertigo. I still go through therapy. The depression is bad, and my anxiety, but you learn to live with it. You get over it, it just becomes a part of you and you get used to it.

After I started my road to recovery, is when I started finding my faith again. My freshman year of high school I decided I was getting confirmed. My mom was working a lot, but I made sure I had a ride to church, to my local dance studio, from my local dance studio to Philly, and from Philly to home, every Sunday for a year until I got confirmed. Out of everything I accomplished with my dancing, my confirmation is one of the things I’m the most proud of. Even though I still experience bullying to some extent today, I’m really proud of how far I’ve come and the things I’ve overcome.

Now I’m working with this amazing anti-bullying clothing brand and it’s getting more into stuff like this, talking to kids and telling them about my story and our stories that we have and helping them. I guess just really the fact that life gets better.

I wanted to tell you guys that it does get better and you do overcome it and there’s a reason we go through the things we go through. It shows us how strong we really are, and it shows us that we can overcome anything that life throws at us. I will tell you from personal experience to stand in front of the people who broke you down and made you feel like you are nothing and look them in the eye and say “you can’t hurt me anymore.” There’s no better feeling.

My mission is truly to spread kindness to everyone I meet. After having survived a bullying event that almost took my life I now know that God’s plan for me was far bigger than I could have ever imagined. I defied the odds and have accomplished things that I never thought were possible and even though there are things that that remain that I deal with everyday and things that I will never be able to do as a result, I am determined to use my life to make things better for those around me. 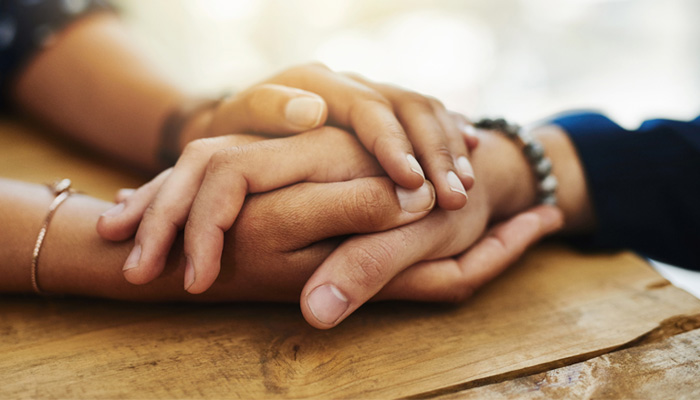 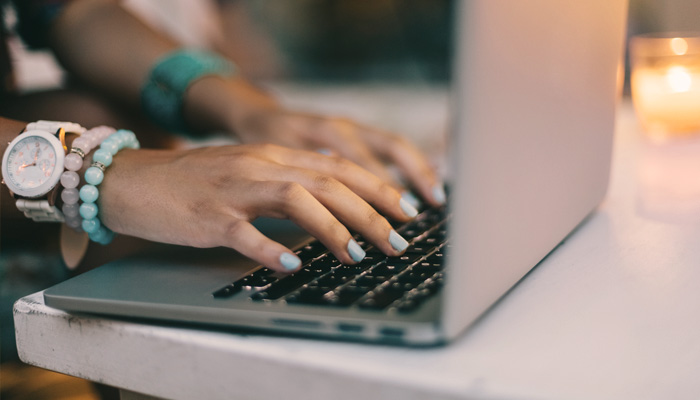 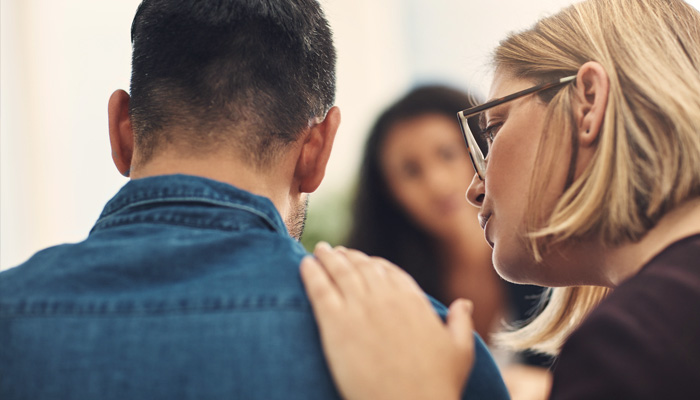 Use discount code OLIVIARUSH10 to get 10% off your Izzy order